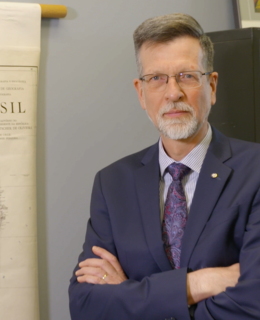 Faculty of Arts , Department of History

Funded by a 2015 SSHRC Insight Grant, this ongoing research examines the changes in pre-Lenten celebrations in nineteenth-century Brazil, including the repression of rowdy and “barbaric” entrudo and the emergence of “civilized” carnival. It focuses on both the forms of celebration and discourses about appropriate public comportment and representations of the nation. A monograph on these celebrations is in progress.

Civic Rituals and Commemoration of Independence in Brazil

Funded by two SSHRC Standard Research Grants, this project focuses on the different ways in which nineteenth-century Brazilians of all classes in Rio de Janeiro and Salvador (Bahia) commemorated the country’s independence and debated the nature of the Brazilian state and membership in the nation. The results of this project include monographs published in 2013 (Day of National Festivity in Rio de Janeiro, Brazil, 1823-1889) and 2019 (Bahia's Independence: Popular Politics and Patriotic Festival in Salvador, Brazil, 1824-1900) and numerous peer-reviewed articles and book chapters. A third monograph on the twentieth-century Dois de Julho festival (the commemoration of independence in the state of Bahia) is in progress.

This research focused on the social history of the armed forces in independence-era Brazil (the subject of Race, State, and Armed Forces in Independence-Era Brazil: Bahia, 1790s-1840s [2001], recruitment, and Brazil’s participation in the Paraguayan War (the subject I Die with My Country: Perspectives on the Paraguayan War, coedited in 2004 with Thomas L. Whigham). Nova História Militar do Brasil (coedited with Celso Castro and Vitor Izecksohn, 2004) was a pioneering work in the new military history of Brazil.

The primary focus of this research area has been the participation of free, freed, and enslaved black men in nineteenth-century Brazil’s armed forces, including the recruitment of enslaved men for service in the country’s nineteenth-century wars. Afro-Brazilian Culture and Politics (edited, 1998) examined the interaction of culture and politics in Afro-Bahian history, while more recent work has focused on slave culture and the manumission of “white” slaves.