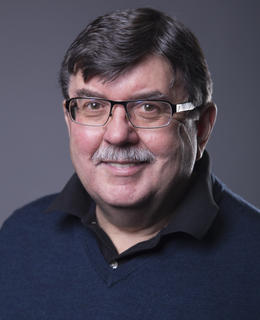 Brief Biography: Born in Baie Comeau QC, David attended universities in Nova Scotia, Alberta, and Ontario.  A specialist in geriatric medicine, after completing his postgraduate clinical training he returned to Dalhousie University where among other duties he served as Associate Dean for Undergraduate Medical Education. He joined the University of Calgary in 1990 where he held the first Canadian University Chair in geriatric medicine, the Brenda Strafford Foundation Chair in Geriatric Medicine, for 25-years. David served as the Academic Lead of the Brenda Strafford Centre on Aging (O’Brien Institute for Public Health, Cumming School of Medicine, University of Calgary) from 2012-2022 where he championed the inclusion of older adults in the research enterprise. He has served as Chair of the Royal College of Physicians and Surgeons of Canada Specialty Committee in Geriatric Medicine, President of the Canadian Geriatrics Society, and editor of the Canadian Geriatrics Journal.  David has authored over 340 peer-reviewed publications reflecting his long-standing interest in aging studies that focus on topics such as clinical geriatrics, cognitive impairment and dementia, falls, and frailty. David was the Local Responsible Investigator for the Calgary Data Collection Site of the Canadian Longitudinal Study on Aging (CLSA) from 2010-2022 and formerly held leadership roles and is an investigator in the Canadian Consortium on Neurodegeneration in Aging (CCNA). He is now a member of the CIHR Institute of Aging Advisory Board and in 2022 led in the delivery of the Institute of Aging Summer Program in Aging organized around Neurodegenerative and Cerebrovascular Diseases in Aging.

Aging is my area of research. As a geriatrician, I've been particularly interested over the years in age-related health issues. Specific interests within this broad field include ageism and its effects, biomedical aging research, cognitive impairment and dementia, comprehensive geriatric assessment, falls and fall-related injuries (e.g., fragility fractures), frailty, older population level pharmacotherapy, health services for older adults, and housing design for an aging population (including small homes for facility-based care). Related to my work as an academic geriatrician, I've paricipated in health resource planning studies and medical education as it relates to the care of older adults.

With colleagues in the Brenda Strafford Centre on Aging, I'm engaged in ensuring the University of Calgary is meeting the 10 guiding principles suggested by the Age-Friendly Universities (AFUs) Global Network. We are planning to assess our baseline age-friendliness to identify both our strengths and those areas requiring further work. (Note: The University of Calgary is a member of the Global Network.)