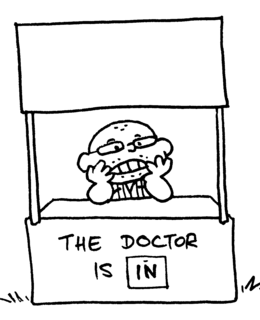 Over the course of the past two decades Bart Beaty’s research has focused predominantly on comics as a specific field of cultural production. He has published seventeen peer-refereed books since 2005. Five of his monographs address the historical development of the comics field, with a particular emphasis on the way that comics exist in relation to the larger spheres of what Pierre Bourdieu terms restricted and large-scale cultural production.

Fredric Wertham and the Critique of Mass Culture examines the way that comics were taken up by the nascent field of American communication studies in the immediate postwar period. Unpopular Culture examines the transformation of Western European comic books in the 1990s, with particular emphasis on the role of artist-run comic book publishing cooperatives. David Cronenberg’s A History of Violence meditates on the comics-film relationship through a close reading of the acclaimed film and the graphic novel from which it was adapted.

The Eisner Award-nominated Comics Versus Art asks how it was that comics were largely excluded from the history of art, and what are the implications, for comics and for art history, now that comics are increasingly being welcomed into the institutions that define contemporary art practice, including galleries, auction houses and museums.

Twelve-Cent Archie provides the theoretical bridge between Comics Versus Art and this current project. This book examines some of the most popular but least studied cultural artifacts of the twentieth- century, Archie Comics, in order to suggest scholarly approaches that are rooted neither in the humanistic tradition of greatness nor a simplistic reflection thesis common to certain forms of the social sciences. Twelve-Cent Archie opened the theoretical conception of the study of “typicality”, and “What Were Comics?” will develop this idea more fully while also providing its empirical framework. The theoretical groundwork for the project is further developed in his collaboration with Benjamin Woo, The Greatest Comic Book of All Time, an examination of the specific processes of canon formation within the comics field.

In addition to these monographs, Beaty has been deeply implicated in the expansion of the theory of comics form. He has translated key volumes of comics theory from French to English, including co-editing and co- translating The French Comics Theory Reader, a project that has made him intimately aware of the current state of comics theory. With Charles Hatfield, he co-edited Comics Studies: A Guidebook in 2020.

He is the former Head of the Department of English at the University of Calgary, and, from 2014 to 2016, he was Academic Convenor of the Congress of the Federation of Humanities and Social Sciences. His work in the latter position earned him the 2016 Calgary Champion Award from the City of Calgary. In 2021 he was elected as a Fellow of the Royal Society of Canada.

How should we tell the history of comics?

Until now, the task has largely fallen to fans and collectors, and they have understandably and unsurprisingly focused on the comics that mean the most to them: the ones they think are important, influential, the best. As a result, the standard history of the American comic book is a list of great comics – individual and, by definition, unusual works that “changed everything.”

As the study of comics has been taken up in the academy over the past two decades, this model of historiography has largely gone unchallenged. As with other scholarly sub-fields that emerged within humanistic research traditions, comics studies struggles with the problem of the typical. Key studies in comic book aesthetics, narratology, history, and culture depend primarily or exclusively on the study of a canon of “exceptional” texts that are regularly enlisted to stand in for comics per se.

To take but one obvious example, the Bonner Online-Bibliographie zur Comicforschung lists 243 scholarly contributions about Art Spiegelman's widely celebrated autobiographical comic book Maus. On the other hand, there are only two on the more than seventy years of comic books published by Archie Comics, at one time the top-selling comic book publisher in the United States. While, of course, much can be learned from close readings of the “best” comics, these atypical works provide an unreliable basis for generalizing about the form in any meaningful way. Paradoxically, Maus is celebrated as an exceptional – which is to say, highly unusual – comic book but, without an understanding of the typical comic book, it is difficult to articulate the precise ways in which it deviated from the run of the mill products of this cultural industry.

We want to shift the study of comics away from the broadly humanistic study of exceptional works and towards a more rigorous focus on works that typified cultural production over time. Speculative and theoretically abstract questions such as  “what are comics?” and “what could comics be?” have heretofore set the agenda for much of comics studies. Instead, this project asks the empirically grounded question, what were comics?

We are constructing a data set that indexes the development of the American comic book over its eighty-year history. This project will select a random sample of comic books representing two per cent of all publications produced in the United States each year from 1934 to 2019. Comics have been indexed for a variety of formal and material elements (story length; volume of text in captions, word balloons; advertising; creator credits; etc.). This will enable us not only to ask specific questions about the historical development of the American comic book as a medium but also to model the “typical” comic book as it has changed over time.

Our project is the foundational step in a larger program of work that seeks to reorient the study of comics (comic books, comic strips, graphic novels) through the use of large-scale, quantitative research methods. We will create the most comprehensive and accessible research tool for the study of the American comic book, and we will use the data produced by this tool to write a data-driven history of the American comic book as the development of a set of styles and techniques that existed across the industry as a whole. We believe this will enable new approaches to periodization and force us to re-evaluate many taken-for-granted truths that have long circulated among fans and scholars alike.

By re-inserting what Margaret Cohen has termed “the great unread” – those unstudied, forgotten, and forgettable works that make up the vast bulk of cultural output – into the study of comic books, we will be able to more accurately mark the shifts in genre, composition, and materiality that have characterized this art form over time.

This project has twice been funded by the Social Sciences and Humanities Research Council of Canada.