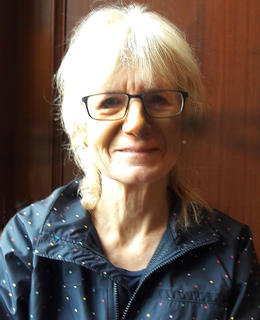 At the University of Calgary I taught medieval literature, the history of the book, and literary theory in the Comparative Literature and Humanities programs as well as in the English department. I initiated and organized "Free Exchange," a student conference that became an annual event. Decades later, "Free Exchange" still permits graduate students to present and discuss their work with their peers from multiple universities.

Frustration with distances between the University of Calgary and archives of medieval documents led me to explore opportunities closer to home. Hiking and skiing in the Rockies plus my training and interest in scholarly edition led me to documents of the North American fur trade, especially those concerned with cartography. Texts that were keys to pre-Confederation history still lay unpublished in Canadian archives. Over the past 25 years I have presented journals of David Thompson, Anthony Henday and Peter Fidler in scholarly editions. A new approach and apparatus were developed for each edition, best for the Fidler book. I have also written about North American Native maps and the theory of cartography.

Unaccountably I kept on working after early retirement in 2006, publishing two books, participating in several conferences and (like all old profs) writing reviews.

This project concerns three regions of North America shortly after Britain, the US and Canada focussed on their potential for settlement and resource extraction. New maps reflected imperial interests as they replaced earlier conceptions and values. Contemporary and historical claims of scientific accuracy have covered up the new maps' political agendas. There has been in fact no progress in reimagining the three regions; instead the new maps registered regime change and social disruption. Each of the new maps erased former knowledge while it presented new information.

Attributions of the images assembled in the "Gallery" : Robert de Villeneuve, "Plan de Québec," 1685 (Archives nationales d'Outre Mer); Akkomokki, "An Indian Map of the Different Tribes that inhabit on the East & west side of the Rocky Mountains ..." copied by Peter Fidler, 1801 (Hudson's Bay Company Archives); David Thompson, detail of the Reindeer Lake route to Lake Athabasca from "Map of the North West Territory of the Province of Canada," 1814, copied by JB Tyrrell in 1792 (Archives of Ontario; Thomas Fisher Rare Book Library, University of Toronto). 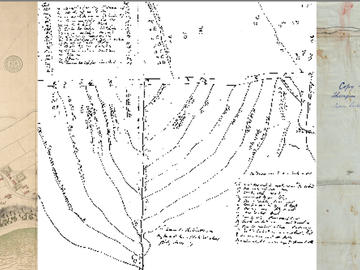 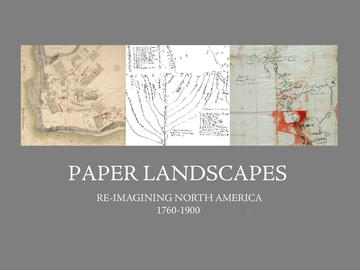