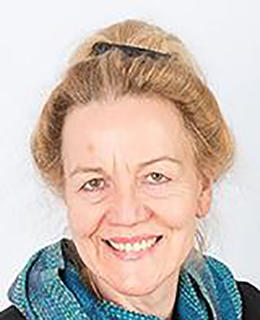 Prior to joining the academic community at U of C, I taught science, math and art in a public high school and junior high school in Alberta. Later, between graduate degrees, I accrued some real-life organizational experience working at Alberta Education in the area of policy and finance. After completing my PhD at University of Alberta in policy studies, I joined the Faculty of Education at the University of Calgary. My study of policy led me to the inquiry of values, in educational policy and practice. I found Integral Theory to be an excellent tool a coherent and systematic study of the human condition. The Integral Model helped me integrate my science and policy training with my life-long interests in philosophy, transpersonal psychology, spirituality, and art. Beginning in 2001, I taught a graduate course on Spirituality in Postmodern Age, using Ken Wilber’s Integral Model as its foundational framework, for 10 years. In 2010, I was the Co-Organizer of a conference at U of C, spearheaded by my PhD student Marc Ross, titled “Integral Education: Emerging Possibilities for Sustainability and Pedagogical Wellness”.

After 16 years of using Wilber’s Integral Model in teaching, as well as in supervision of 19 successful doctoral dissertations based on the Integral Model, I continue to be enthusiastic about its usefulness as a conceptual framework for transdisciplinary research.

The Integral doctoral graduates include:

I developed, and was the Coordinator of, two cohorts of the MEd Specialist program “Integral Curriculum Development” (2010-2014). Subsequently, I co-developed an EdD program - Curriculum  “Integral Theory”  -  with my colleague Dr. Brent Davis (2012-2017). The students from this cohort have contributed chapters from their dissertations to my book Integral Theory and Transdisciplinary Action Research in Education (2018).

While the use of Integral Theory is still relatively new in traditional academic settings, there is a growing interest among scholars and practitioners in the US, Australia and Europe, as well as Canada.

This was clearly demonstrated in the Integral Education Conference, which I co-organized in 2010 at the University of Calgary, keynoted by a prominent US Integral scholar.

In terms of application in the real world, the model has proven to be very useful for analyzing findings, for example, in a longitudinal study of several character education programs and in planning professional development for the participating school staffs.

I am actively engaged with the biennial Integral European Conference series, where academics and practitioners from all over the world come to exchange ideas on Integral education with European colleagues.

I have been using the Integral Model for research design, data analysis, as well as for course and program development. The Integral Model, as designed by Ken Wilber, has been shown to be useful as a transdisciplinary research framework as well.

My current Integrally informed research activities focus on individual and societal reorientation to the suddenly ubiquitous context of unpredictability and trauma in the social (financial, political) and natural systems. Of course, related to this overall focus is Integral leadership.

Other research, carried out as service to the community:

Crawford, D. and Bohac Clarke, V. (2012). Inside the Cruelty Connection: The Role of Animals in Decision-Making by Domestic Violence Victims in Rural Alberta. Research report to the Alberta SPCA. Edmonton, Alberta: Alberta Society for the Prevention of Cruelty to Animals. pp. 105. http://albertaspca.org/neglect-abuse/cruelty-connection/resources.html