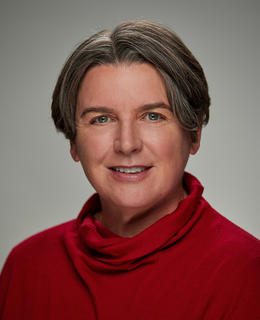 Master of Education Theoretical, Cultural, and International Studies in Education, University of Alberta,

Prior to joining the Werklund School of Education, Dr. Callaghan enjoyed a varied teaching career at the secondary level with over ten years of experience in national, international, rural, urban, Catholic and non-Catholic environments. She completed a joint doctoral degree in two graduate programs at The University of Toronto: 1) The Curriculum Studies and Teacher Development Program in the Department of Curriculum, Teaching and Learning at the Ontario Institute for Studies in Education (OISE/UT), and 2) The Graduate Collaborative Program in Women and Gender Studies with the Women and Gender Studies Institute in the Faculty of Arts and Science. The recipient of two University of Calgary teaching awards for Curriculum Development, Dr. Callaghan was invited to join the Teaching Academy with the Taylor Institute for Teaching and Learning.

Dr. Callaghan served as a facilitator with support groups for lesbian, gay, bisexual, transgender, queer, and intersex (LGBTQI) youth in Calgary, Edmonton, and Toronto. As a member of the Alberta Teachers’ Association’s Sexual Orientation and Gender Identity Committee, Dr. Callaghan provided input on professional development workshops designed to build safe and caring classrooms, schools, and communities. They serve as an Ambassador for the Canadian Association for the Study of Women and Education (CASWE) at the UCalgary Werklund School of Education, as a member of the Equity, Diversity, and Inclusion (EDI) Network (UCalgary Office of Equity, Diversity, and Inclusion), and as a Member-at-Large for the Alberta and Calgary Gay/Straight Alliance Networks. They also serve as a peer-reviewer for several scholarly journals, and as an adjudicator for Social Sciences and Humanities Research Council grants. Dr. Callaghan has also served UCalgary as a Senator.

When a promising drama student in the Catholic high school where Dr. Callaghan was teaching died by suicide after suffering several months of homophobic bullying due to his sexual orientation, she decided to take action regarding the Catholic school system's sanctioned and institutionalized homophobia by engaging in research about it. The overarching goal of Dr. Callaghan's research agenda is to integrate theory and practice so that educational stakeholders become motivated to free members of sexual and gender minority groups from religiously-inspired heterosexist oppression. Dr. Callaghan specializes in critical social justice theories, anti-oppression education, and anti-homophobia education. They employ qualitative research methodologies to conduct their local, national, and international research projects.

The Catholic Closet: An International Comparative Study of Homophobia and Transphobia in Catholic Schools

Dr. Callaghan's current study is a comparative cross-case analysis of Catholic school systems in Australia, Canada, New Zealand, and the United Kingdom vis-à-vis sexual minority groups. This study broadens the parameters of Dr. Callaghan's research agenda by extending beyond Canada's borders into a global discourse of resistance to heterosexist oppression. It aims to uncover the causes and effects of clashes between Catholic canon law and the common laws of the aforementioned nations regarding sexual minorities – clashes which are increasingly being played out in Catholic schools.

Queer Eye on Medicine: Assessing the Lived Experience of Queer Canadian Physicians and Physician Trainees in the Healthcare Environment.

Member of an interdisciplinary committee called Safe Schools, Safe Communities: A Primary Prevention Strategy comprised of faculty members from the Werklund School of Education and the Faculty of Social Work who collaboratively designed and implemented a truly interdisciplinary and award-winning MEd Interdisciplinary degree called “Advancing Healthy and Socially Just Schools and Communities.”