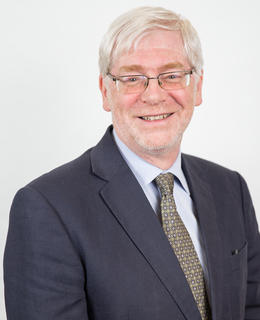 Nigel started at the Faculty of Law in 1984. He has taught courses in property law, Indigenous law, natural resources law, energy law, oil and gas law and international environmental law. He was seconded to the Department of Foreign Affairs and International Trade in Ottawa (now Global Affairs Canada) as Professor in Residence in the legal bureau in the 1999/2000 academic year and he held an appointment as an adjunct professor at the KG Jebsen Centre for the Law of the Sea, UiT, Norway’s Arctic University between 2012 and 2019. In 2010 the University of Akureyri, Iceland conferred an honorary doctoral degree on Nigel in recognition of his contributions to the development of Arctic law in the areas of natural resources law, international environmental law and the rights of Indigenous peoples. In 2018 Nigel was awarded the Clyde O Martz Teaching Award by the Rocky Mountain Mineral Law Foundation (US and Canada) for meritorious teaching in the area of natural resources law. Nigel is the Vice-Chair, Board of Directors for the Canadian Institute of Resources Law and a member of the Education Advisory Board of the Association of International Petroleum Negotiators.

Nigel has served as the chair of the Canadian Arctic Resources Committee, as Chair and long-time Board member of Calgary Legal Guidance, as a member of the Steering Committee of the Province of Alberta's Regulatory Framework Assessment on Carbon Capture and Storage (CCS) as a member of the Water Initiatives Advisory Panel of the Columbia Basin Trust and as a director of the Alberta Law Reform Institute. He is a member of the Editorial Boards of the Yearbook of Polar Law and the Arctic Review on Law and Politics and is the former editor of Journal of Energy and Natural Resources Law.

In 2019, Nigel received a Killam Annual Professorship for his excellence in research, mentorship and teaching.

Nigel's research work covers a number of areas including carbon capture and storage, indigenous property rights in settler states, unitization and joint development agreements in marine areas, electricity regulation, and dispute settlement under the Law of the Sea Convention and the Columbia River Treaty.