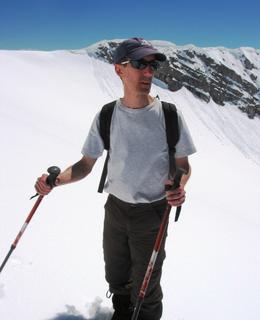 Dr. Michael Tavel Clarke studies and teaches U.S. literature and culture since the Civil War, with special interests in cultural studies, theories of size and scale, theories of the body, gender studies, democracy theory, post-Marxist theory, and postcolonial theory. He has written a book on the American obsession with bigness and its implications for ideas about the body, co-edited a collection with David Wittenberg on scale in literature and culture, and published articles on a range of topics, including naturalism, modernism, postmodernism, U.S. film, U.S. imperialism, Indigenous literature, Jewish-American literature, African-American literature, and other topics. He offers graduate courses in U.S. literature, modernism, democracy theory, and post-Marxist theory. He is happy to supervise doctoral and master’s students in any of the areas listed above. He won a teaching award at the University of Iowa and was nominated for awards at the University of Calgary. He co-edits the journal ARIEL: A Review of International English Literature with Faye Halpern.