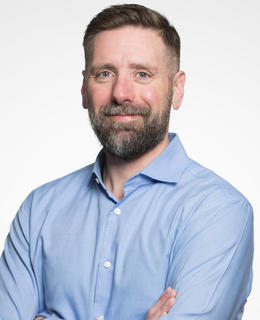 Michael teaches, researches, practices and consults in the areas of Canadian and comparative criminal law and evidence, anti-terrorism laws, national security law and policy, and autonomous sanctions. He is a Fellow with the Canadian Global Affairs Institute and a Senior Research Affiliate with the Canadian Network for Research on Terrorism, Security and Society.

Before joining the Faculty of Law in July 2015 he practiced law and worked on Middle East policy, autonomous sanctions, human rights and anti-terrorism for Global Affairs Canada. Previously, he completed his articles and worked for Canada's Department of Justice, where his focus was criminal law. Michael has also worked internationally for the United Nations' International Criminal Tribunal for the Former Yugoslavia in the Appeals Chamber.

His current research projects include a mapping of Canada's national security landscape, a study of anti-money laundering and terrorist financing laws and processes in Canada, and a comparative look at autonomous sanctions regimes and Canada's implementation and enforcement of its own Special Economic Measures and Magnitsky Acts.