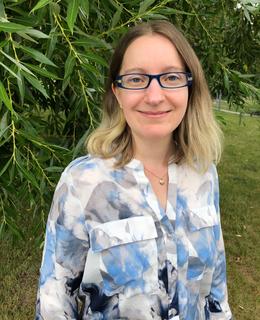 During the COVID-19 pandemic the best way to contact me is by email.

I taught as a Stipendiary College Lecturer in Ancient History at Oriel and Jesus Colleges (University of Oxford, 2011-2013) before joining the University of Calgary's Department of Classics and Religion in 2014.

I am a member of the editorial board of Phoenix.

My research interests include Roman divination, ancient theologies, interactions between religions in antiquity, and Greek and Latin historiography.

I have published in such journals as Classical Quarterly; Greek, Roman, and Byzantine Studies; Phoenix; and Zeitschrift für Papyrologie und Epigraphik.

My current research projects include a study of 'The Nature of Roman Gods', which was supported by the Social Sciences and Humanities Research Council of Canada.

I teach graduate courses and I am currently accepting MA and PhD students. To enquire about supervision, visit: https://grad.ucalgary.ca/future-students/supervisor/lindsay-driediger-murphy

I enjoy giving free public lectures to community groups. Please email me if you are interested in requesting one.