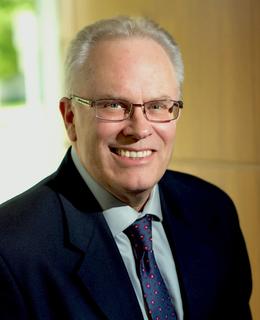 Medical practice license, College of Physicians and Surgeons of Alberta, 2015

Fellow of the Royal College of Physicians and Surgeons of Canada Internal Medicine, University of British Columbia, 1984

Fellow of the Royal College of Physicians and Surgeons of Canada Rheumatology, University of British Columbia, 1985

Phenotypic analysis of a putative mouse model for 'STING-associated vasculopathy with onset in infancy' (SAVI): an autosomal dominant auto-inflammatory interferonopathy

This CIHR-funded project concerns the stimulator of interferon genes (STING), with a focus on identifying the cell types and circulating factors responsible for pathology caused by expression of a constitutively active hSTING mutant in mice. The N154S mutation is one the causes of 'STING-associated vasculopathy with onset in infancy' (SAVI), an autoinflammatory disease leading to acral necrosis, myositis, cold sensitivity, and lung inflammation.

Development of a new transgenic line: a ROSA locus-based transgenic (CAG-loxP-STOP-loxP-hSTING-N154S-IRES-tdTomato) will allow Cre-mediated activation of mutant hSTING in any tissue.

AIM 1 - Why is the vasculopathy and necrosis confined to acral sites in the hSTING-N154S mice? The reasons for the acral distribution of the vasculopathy and the possible physiological mechanisms related to thermoregulation in glabrous skin that might be involved are discussed. Experiments will therefore address the potential roles of (i) a key temperature sensing cation channel (TRPM8), (ii) cold-induced alpha adrenergic receptors expression in vascular smooth muscle, and (iii) potential vascular effects of nociceptive neurons. The aim addresses questions about how STING-induced Type I IFNs might be involved.

AIM 3 - Using the CAG-LSL-hSTING-154S-IRES-tdTomato conditional-expression transgenic, will Cre-mediated triggering of hSTING mutant protein expression specifically in endothelial cells lead to vasculopathy? Tamoxifen treatment triggers Cdh5 (vascular cadherin)-CreERT2-mediated activation of mutant hSTING expression from the ROSA transgene, leading to highly reproducible acral necrosis within 2 wks post-tamoxifen. Previously, we found that global IFN receptor KO prevented the vasculopathy, thus, one of our main aims is to determine whether Cdh5-CreERT2-mediated KO of the floxed Type I IFN receptor (Ifnr1afl/fl) blocks vasculopathy in both the Vav1-hSTING-N154S and CAG-LoxP-STOP-LoxP-hSTING-N154S mice. Also, the potential for mutant hSTING expression to cause endothelial cell damage or death in primary cell cultures will be evaluated, since such an effect may be contributing to the vasculopathy.

AIM 4 – Use of hSTING-N154S transgenics as preclinical models for human SAVI. Sub-aim 1: Will treatment of the hSTING mutant mice with either a blocking anti-Type I IFN receptor antibody, or with a novel STING inhibitor, that prevents its palmitoylation and aggregation, inhibit pathology in hSTING-N154S mice? Sub-aim 2: Will the mutant hSTING-induced vasculopathy be attenuated by anti-platelet and anti-clotting drugs used clinically in humans?