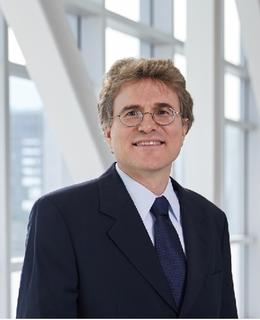 Since 1992, I have been involved in multiple research projects mostly funded by Canadian Agencies (under NSERC, NRCan, UNB, UoC, etc.), the European Union (under IST, COST, Telematics, Environment, TMR, ESPRIT, etc.), and the Greek Government. I have worked as an advisor or researcher at the Hellenic Cadastre S.A., Intracom S.A., Hellenic Documentation Centre, and Fraunhofer Gessellschaft - AIS Institute (Germany). Since 1999, I have been a University Professor with an extended service record at multiple academic institutions in Canada and Europe. Since September 2018, I serve as the Head of Geomatics Engineering at the University of Calgary.  My teaching portfolio includes many undergraduate and graduate courses in Geoinformatics at numerous Institutions (U of Calgary, U of New Brunswick, HU Athens, NTU Athens, U of Piraeus, U of Aegean, Hellenic Open University, TU Crete, BW Munich, and UN Lisbon) and programs in Engineering and Science, while it involves a variety of teaching modes (classroom-based, online & distance-learning). In 2017, I was the recipient of the UNB President Teaching Scholar  Award. My research interests include the following topics: Geographic Data Handling, Spatio-temporal Knowledge Discovery and Data Mining, Spatio-temporal Indexing and Optimization, Geovisualization and Cartography, Web Mapping and Geospatial Web, Spatial Data Infrastructures, Interoperability of Geographic Data and Semantic Web, Spatial Analysis Methods and Algorithms, Education in Geomatics and Geomatics-Assisted Education. I have supervised over 120 students from all six continents and authored or co-authored 5 textbooks and over 100 articles published in international journals (e.g., IJGIS, IEEE TKDE, CEUS, Transactions in GIS, Cartography and GIS Journal, Geomatica, etc.) and conferences (e.g., IEEE KDE, COSIT, SDH, AGILE, ISPRS, ICA, GIScience, etc.). I have been a reviewer of many articles for international scientific journals and conferences, while I have served as a member of the Organizing, Program and Scientific committees in international conferences related to Geoinformatics. From January 2014 to March 2022, I had served as the Editor-in-Chief of Cartographica Journal. I am a member of the Association of Professional Engineers and Geoscientists of Alberta (APEGA); Canadian Institute of Geomatics (CIG); and Canadian Cartographic Association (CCA). I have active involvement with the Canadian Board of Examiners for Professional Surveyors (CBEPS), the Canadian Institute of Geomatics (CIG), and the International Society for Photogrammetry and Remote Sensing (ISPRS).