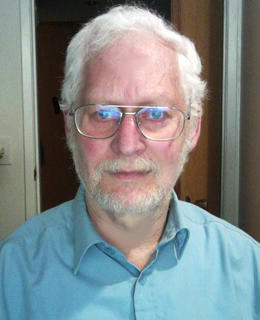 Eliezer Segal is currently Professor Emeritus in the Department of Classics and Religion at the University of Calgary, specializing in Rabbinic Judaism. Originally from Montreal, he holds a BA degree from McGill University (1972) and MA and PhD in Talmud from the Hebrew University (1976, 1982). He has been on the faculty of the University of Calgary since 1986. In addition to his many academic studies of textual and literary aspects of rabbinic texts and the interactions of Jewish and neighbouring cultures, he has attempted to make the fruits of Judaic scholarship accessible to non-specialist audiences through his web site, newspaper columns and children's books.

He and his wife Agnes Romer Segal have three sons and five grandchildren.

Some of his recent books include: The Most Precious Possession (2014), Teachers, Preachers and Selected Short Features (2019), The Times of Our Life: Some Brief Histories of Jewish Time (2019), Beasts that Teach, Birds that Tell: Animal Language in Rabbinic and Classical Literatures (2019).

The philological and literary study of Jewish texts from the Rabbinic era (Talmud and Midrash), with special focus on the establishment of accurate texts and the understanding of the complex processes of redaction and written transmission of originally oral traditions.

The examination of "Midrash,"  ancient Rabbinic works relating to Hebrew Bible. My research has focused on studying the different literary approaches characteristic of rhetorical homiletics (sermons) and of scriptural interpretation (exegesis). These reflect the geographical distributions between Israel and Babylonia, and the institutional division between synagogue and scholarly academy.

Judaism in the Classical environment

Detailed topical studies examining statements and discussions by the ancient Jewish rabbis in the context of their contemporary Greek and Roman cultures.